From the Archives: Banana Peelin' with Linda Boyden

Today we pull another Banana Peelin post from the archives. This week, we are celebrating author, illustrator, poet, Linda Boyden. There is actually a method to my madness, however.

Next week is Thanksgiving and festive picture books are floating around the universe to celebrate. Today's post will be followed TOMORROW by an extra special interview between Linda and myself where Linda describes her Native American heritage as well as some thoughts on  popular depictions of Native Americans in children's literature. Make sure to return tomorrow for a cornucopia of good information. I know. That was bad. I'm such a turkey. Okay. Now I can't stop. Gobble.

And now, a blast from the past!

So excited you could join me. Eeek!

I don't know about you, but how many of us went straight to the library or bookstore last week after reading Susanna's stories to try and hold one of her books in our hands?

There is something about learning the ins and outs of someone that makes me completely enamored with that person. Example, football. Eh. Take it or leave it for me. But as soon as I learn a player's story, I am hooked on their team and personal well being. LT, just one example. Aaron Rodgers, being from my town, makes him kind of interesting, another example.

With that said...I hope that all of us become hooked on these authors and choose to support them for having so graciously spilled their guts by checking out their books and by popping over to their website/blog to let them know how much we appreciate their work!

Do you ever wonder where your words come from? In the age of free trade, and then thank goodness fair trade, we have become much more aware of the origins of our clothes, coffee and chocolate.

But what about our WORDS?

I received  Giveaways: An ABC Book of Loanwords from the Americas, as a gift from a classmate of mine at the end of a course that focused, so appropriately, on valuing the beauty of our nation's cultures and languages. It was the perfect gift. I was floored. Not only had I have never seen a more beautiful alphabet book in my life, but it came autographed by the author/illustrator, Linda Boyden.

Flash forward almost exactly one year later, this bloggin' fool discovers that she is in the same SCBWI region as Linda Boyden! (Executing ecstatic dance this very moment.) She is now even  her FACEBOOK FRIEND! (Delivering ecstatic dance one more time...whooo, I'm pooped!)

Not only is it beautiful, but this book is witty and the fact that it recognizes the often overlooked contributions of indigenous cultures and languages to our modern world gives it an A+ in my book!

THANK YOU Linda Boyden for choosing to participate in the second Banana Peel Thursday!

In the late 1990s when I was unpublished, my writing rules were simple: write everyday. Write about what you know. Fake the rest and write about that, too. Read. Read the genre in which you want to be published. 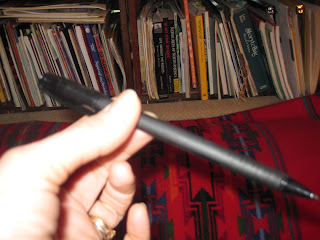 The only issue: I wanted to be published in all of them, so I spent my days reading and writing and pretty much playing in a sandbox of words.
When I had a number of picture book manuscripts ready--oh, the folly--I began the tedious process of sending them to editors. While waiting for two or three contracts, possibly more, to wing their way to my mailbox, I got serious about a middle grade novel.
Did I know how to do this? Meh, so back I went to my local library to start reading. I attended SCBWI (Society of Children Book Writers and Illustrators) and Wordcraft Circle of Native Writers and Storytellers’ conferences, and listened and learned. Armed with all this knowledge, I considered the plot of my soon-to-be-best seller.
If it’s true to write from your heart, then the choice for me was a no-brainer. As a child I devoured fairy tales. Loved the magic of them, the promises, the evil wickedness, the heroic rescues. Naturally, I didn’t want to do anything that had been done before so mine needed a twist. I imagined a middle grade, modern fairy tale complete with sassy fairy godmother sisters who needed to borrow a misfit eleven year old human boy to save their fanciful world.
I had the most marvelous time creating that world, my own kind of magic with my own twist. When I finally had it pieced together enough to share with a writing friend, I suggested we meet at a local bookstore. She could read a section and I would pay her with coffee and muffin.
When she finished, she smiled and beckoned me over to the children’s section.
She pulled a book from the shelf and asked, “Have you read this yet?”
I shrugged.
“Maybe you should,” she said.
The cover and topic had immediate appeal, plus I trusted my critique partner so I bought it. Later that evening, I fell into the most delicious modern fairy tale, about a boy named Harry, the boy who lived, albeit with a scar on his forehead….
When I finished “Harry Potter and the Sorcerer’s Stone,” I screamed for a long time. 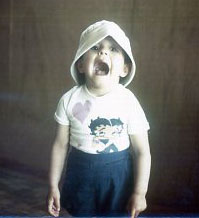 Not because of jealousy or envy, but because of the many coincidences that occurred between our two stories, things like my protagonist’s best friends were the Beasley family who were red-headed and rambunctious (uh, think Ron Weasley et al); my villain’s castle was surrounded by the Grindylow Sea and Rowling had grindylows (water demons) in her stuff. I mean, really, who else knew about GRINDYLOWS?
I have never submitted that manuscript, though surely enough time has now elapsed that I might do so with honor. What I did discover after much thinking is the How of this experience, my personal Banana Peel: Rowling and I both had both done extensive research on Celtic mythology and used it.
Lately, another idea has been tickling my brain and won’t leave me alone. I’ve been itching to get back to illustrating so while listening to a kiddie cd with my young granddaughter, I was intrigued to discover that the Twinkle, Twinkle, Little Star song we all know and love has a number of obscure verses.
So off I went researching and thinking. I decided to illustrate in fabric collage and was building up excitement and cleaning off the art area of my office when bam! 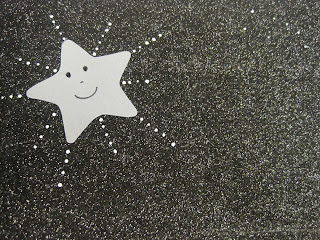 This morning, January 11, 2012, I read how the celebrated author/illustrator, Jerry Pinkey’s latest
book, “Twinkle, Twinkle” is in the running for the Caldecott…and yes, it is a retelling of the song and of course, simply breathtaking.
Seriously, I cannot be the only person stuff like this happens to…please? On one hand I feel I’m in good company or at least on the right track; on the other, I’m pretty sure I’ll smack every, single new idea with a sledge hammer from now on.
When I do school visits and talk to kids about the writing process, I always answer their inevitable Where Do You Get Story Ideas From question with, “From the Cosmic Goo. It’s like a big, fat, imaginary vat of nothing where ideas are born and wait for artists to grab them.”
Huh. It’s one of the better answers I’ve made up, and apparently quite true. 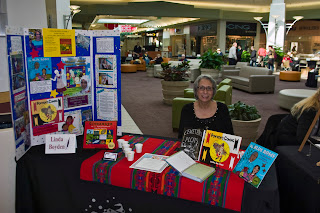 Check out  www.lindaboyden.com for the GIVEAWAYS book trailer and Feathered Quill for a review.


"Poetry may not change the world, but its lack will."  Carol Willette Bachofner