I don't know about where you are, but where I live, the weather has been absolutely amazing. Yesterday, as I was riding my bike home from work, with the warm sun shining on my back, the cool air hitting my face, my half-filled insulated mug of coffee spilling onto the most inconvenient of places, I thought, what better a time to host a banana peelin' author who writes so beautifully, than this?
Welcome Ann Haywood Leal! 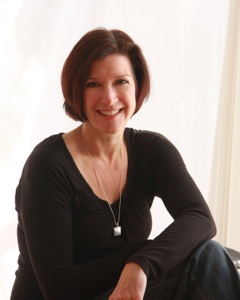 We all have ways to clear out the sticky literary cobwebs, and one of the ways that I “up” the sanity meter in my writing life, is by running.
I’m not trying to give anyone the impression that I’m some fabulous fitness goddess or anything.  In fact, I am so slow, passersby have told me to have a good “walk”.  But I’m sprinting, I want to tell them.
I ran the New York Marathon one year in a torrential downpour.  It took over five hours, and I’m sure the elite runners had already showered, packed, and flown home to a faraway country by the time I finished.  Race volunteers passed out orange wedges and bananas along the route, and I was so slow, the wet ground was completely saturated with orange and banana peels (great segue, huh?!) from the runners before me.  I was slipping and sliding all over the place.
So I’m using this sad little metaphor to illustrate the fact that there really is no right way, and part of the fun of the process is in the slipping and the muddling.  At least it gives you something to laugh and cringe about later on with your friends, right?
I went to my first SCBWI conference way back when my youngest was still in a stroller.  It was at P.S. Number-Something-or-Other on the Upper West Side, and I schlepped the entire family along.  They went in search of hot chocolate and to play in the park, and I unwittingly went inside to make a fool of myself.
I’m pretty sure that the SCBWI office has a poster in their back room with my face on it.  It’s of the What Not to Do variety.
I had my manuscript in tow, which I fully planned to hand deliver to some poor, unsuspecting editor or agent.  I actually approached an agent with my rambling, unintelligible story pitch.  She was gracious as she searched out an opening in the crowd and got away from me as quickly as possible.  The only thing that makes me feel a little better now, is that I remember her as being elderly, meaning she may no longer be with us, or she’s deep in the throes of dementia and has no recollection of me.  Or she’s in the old folks home, still doing imitations of me for her friends.
But the embarrassment didn’t end there.  Ahead of time, I had submitted a query letter for a panel.  I was thrilled when mine was chosen!  …Until I realized they were using it as an example of What Not to Do.  I had even included a bit about how my kids had liked my manuscript, so I knew that other kids would like it, too.  The crowd was roaring by the time they finished reading it.
So here’s the good that came out of all of it.  First and fortunately, I hadn’t put my name on that sample query letter!  Second, I didn’t let all of the banana peels give me a concussion.  I joined SCBWI and learned how to write a good query letter. I kept going to conferences and became an SCBWI sponge.  I’m still slipping on the peels, but I’ve learned to look for the dry pavement in between! 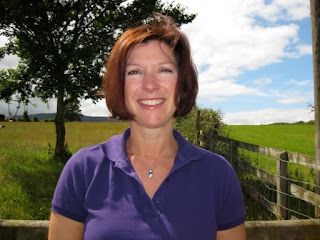 Ann Haywood Leal comes from a long line of musicians, artists, and teachers.  Since she’s never been able to carry a tune, she was always given plenty of writing supplies and allowed to use the sharp scissors.  Eventually, she put those writing supplies to good use and wrote her middle-grade novels, ALSO KNOWN AS HARPER and A FINDERS-KEEPERS PLACE. 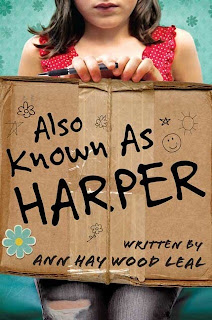 ALSO KNOWN AS HARPER was chosen by the Chicago Public Library for their Best of the Best List of 2009-2010 and was an ABC Good Morning America Summer Reading Choice for 2009.  It is currently on the Arkansas Charlie May Simon Master List, the Iowa Children’s Choice Award Master List, and the South Carolina Book Award Master List.
Thank you SO much Annie for sharing your banana peel experiences. I am so glad to hear you have not suffered a concussion as a result of those slips.  Thank you for the SCBWI sponge analogy and for the tip to not mark anything submitted for What Not To Do workshops with our names! =) I am so incredibly grateful for your contribution to this series! Thanks again.
Posted by Elizabeth Stevens Omlor at 12:00 AM