Howdy folks! Before we begin today's awesome Banana Peel Therapy Thursday, I would like to announce the winner of the giveaway from the George Shannon feature last week. DRUM ROLL.... CYMBAL!

Congrats Stacy. I will have my people call your people.=) And for those of you who are interested, Book Giveaway World Record Holder (facts are iffy), the awesome Penny Klostermann was only one off from the winning number, which goes to show how some people are just born plain lucky. =)

And now, may I just say how interesting it has been to follow today's author's journey to publication? Through different online resources, I have read about this author's amazing experiences in conducting the research for her newly released book, We've Got A Job: The 1963 Birmingham Children's March. Super impressive.

Now, if you know me, you  know that I was probably a Mexican Revolutionary in a past life. I know, I was VERY cool.  But to think, that there were KIDS out there, marching as part of the Civil Rights Movement here in the U.S.?  You don't get much cooler than that! Well, unless your name is Cynthia Levinson and you dedicated a good portion of your life writing a book to celebrate these remarkable individuals. 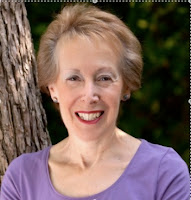 My road to publication must have been paved by a troop of careless, banana-eating chimpanzees who live in the icy Arctic.

My first landing-hard-on-my-bottom slip occurred when I alienated a famous-editor-with-her-own-imprint. How did I manage to do that? I failed to heed the STOP sign, always a danger on slick roads.

She liked a picture book manuscript that I’d submitted, over the transom, enough to send me a request for revisions. I was just barely savvy enough to know that this was a good sign. I was also naïve enough to assume that she wanted the revisions asap. After all, since she liked the story, wouldn’t she want to publish it, like, next week?

So, instead of stopping to, say, ponder her questions and suggestions, confer with seasoned picture book writers, or study picture books or even books about them, I sat right down and dashed off a new version. It was equally as wordy as the first submission; it still lacked a crisis near the end; and that ending was not only equally unlikely to occur but it also failed to tie to the beginning. So, I hadn’t really fixed the problems. I’d just changed a bunch of words.

Astoundingly, she continued to work with me. And, I continued to throw revisions at her—revisions that continued to switch the deck chairs without plugging the fatal leak in that ice-bound banana boat. (I realize I’m also switching metaphors as fast as I replaced the chairs. What’s a boat doing on the Trans-continental Highway?!) Dare I admit that I even—at her invitation, I hasten to add—showed up at her house on an Arctic-like blizzardy day? And, we sat at her cozy dining room table—with me assuming that all writers with a fetching first draft get line-by-line edits from a famous-editor-with-her-own-imprint—while she patiently tried to teach me how to structure a picture book. Until she, understandably, threw me overboard. Although a colleague of hers expressed interest in the story the following year, he didn’t “love it enough,” and that manuscript still lies at the bottom of the ocean. 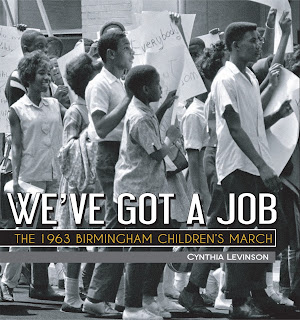 Then, there’s the time I nearly alienated my now-agent by telling her I wasn’t good enough for her. Thanks to the ever-generous Chris Barton, who read and liked my proposal for a nonfiction middle-grade manuscript well enough to send it to his agent, she called me. Here’s how our conversation started:

Erin: “I understand you’re looking for an agent.”

Cynthia: “Actually, I wasn’t. I didn’t think I could get one.”

Ouch! If she were calling for a Saturday-night date, surely she’d have hung up. Wouldn’t you, if someone blurted, in effect, “I’d love to go out but you’re out of my league”?

Fortunately, my blunder did not sink that relationship. Nor, fortunately, did all the bloopers I made during the writing and revising of the book that resulted from that early proposal.

We’ve Got a Job: The 1963 Birmingham Children’s March proceeded despite the fact that:

In my family, we have a code. If someone makes a mistake while on a trip, everyone else in the family will be spared making the same mistake as long as the person who made it shares it. So, thanks to my daughter, who discovered at the London airport on her way to northern Greece for a friend’s wedding that she’d left her passport on her dresser, none of us has forgotten our passports. And, thanks to me, no one else has gotten an exorbitant speeding ticket in a rural speed trap (and almost had to show up in court three days later and 1500 miles out of the way). So, I hope that my slip-ups protect you, too!

In the last five years, Cynthia Levinson has written nearly two-dozen nonfiction articles for kids on everything from tattoo ink made from desiccated worms to zoonoses (look it up!). Before that, she worked in education as a teacher, researcher,  and bureaucrat (which was rarely as dreary as it sounds). Her first book, We’ve Got a Job: The 1963 Birmingham Children’s March (Peachtree Publishers) was published in February and will be released as an audio book next month.