Hello world!
So excited you could join me.  Well, today is the DAY! I would like to present to you my new weekly feature...Banana Peel Thursdays!
What the heck does that mean?
Well, long, long ago...in December, I started this blog to document my own experience of becoming a writer of children's books, the ups, the downs and the down-right embarrassing. I have met some amazing individuals along the blogging way and have been very impressed by what they contribute to the online writing community. I was so inspired that I decided I wanted to contribute in some way as well. Having virtually no experience under my belt, I was at a loss. Then it hit me (it flew across the kitchen) ... a banana peel! That was it!
Banana Peel Thursdays are about validating the experiences of all authors (pre-published and published), recognizing that we are not alone in defeat and comprehending the fact that we ALL are susceptible to slipping on banana peels. This weekly feature will contain stories straight from the mouths of talented, published authors who are willing to describe their not-so-perfect experiences in their careers as writers. Each week I will post the story of a different children's author detailing their most humbling moments, often accompanied by other fascinating realizations they've faced along the way.
I feel so lucky to have been in contact with such talent and that their work has graced my email inbox! They are truly great sports!  I hope that not only will these authors' stories humanize the experience for all of us who choose to write for children, but that these posts will allow the participating writers to be recognized and appreciated in the craft to which they have so wholly devoted themselves.
Thank you so very much for joining me for the FIRST Banana Peel Thursday! Please be sure to subscribe to the blog or have posts emailed to you so that you don't miss out on all the greatness coming your way!

With that said, ehh hemmmm....I would like to introduce the first children's author to be featured...the wonderful Susanna Leonard Hill!


Elizabeth had this inspired idea.  "Let's get published authors to entertain up-and-coming writers with stories of when they were humbled, embarrassed or hit over the head with an aha moment."  Well who am I to say no to that?  The only question is which one of my MANY humiliating, embarrassing moments to share :)  Perhaps instead of one banana peel, I'll share a whole bunch.
My first book signing: I arrived at a local public school's book fair and sat before a cafeteria table that was FAR too big for my one little book.

I was not the only author in attendance.  Amy Axelrod was to my left.  Her table groaned under the weight of her numerous books, in hardcover and paperback, so many that the table couldn't hold them all and she had to stack some on the floor.  Charles Smith was to my right.  Same situation - countless amazing, very popular books.  Two other authors had fewer books than Amy and Charles, but way more than me!  Children and parents flocked to Amy and Charles and the others.  I sat there, hoping someone, anyone, would ask me to sign at least one copy of my little book.  I felt so small.  I remember hoping that a day would come when my table didn't look quite so empty!  Maybe I wouldn't have as many books as Amy and Charles - but at least two would be nice :)
My first school visit: Nobody told me what was involved in a school visit.  My friend, owner of a local bookstore, signed me up for the gig.  "What do I do?" I asked him.  "Just go and read your book," was his glib reply.  Well, this was hard enough.  What if they didn't like my book?  After all, they were in kindergarten and The House That Mack Built was really intended for preschool.  But I could read a book.  Except it turns out? it only takes about 4 minutes to read Mack.  I was supposed to keep 40 kindergartners entertained for 30 minutes.  I read the story and then we stared at each other.  I had no idea what to do next.  My hands began to shake.  My mouth was so dry I could barely articulate.  My teeth began to chatter with nerves and I had to clench my jaw to keep it under control.  You cannot rely on kindergartners to have useful questions to ask that you can take time answering.  The responses to "How old are you?" and "My uncle has a truck" are fairly limited :)  I found out the hard way exactly how long 30 minutes can be.  But the next time I went on a school visit you can bet the farm I was prepared! 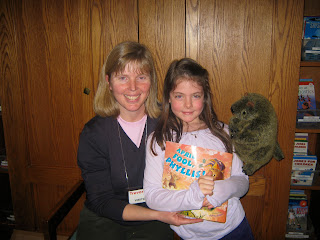 My first conference: I was invited to speak at a conference for teachers.  Yikes!  I had grown fairly used to doing presentations for kids and was comfortable with that, but grown-ups!  That was a whole other thing!  The conference got off to a great start, though.  As I stood beside my table (now thankfully with a few more books on it!) a group of teachers approached purposefully.  Wow!  I thought.  They're coming over to look at my books!  How wonderful is that?  "Excuse me," said one of the ladies.  "Can you tell me where the rest room is?"  Oh.  A few minutes later, another woman approached.  She held a copy of someone else's picture book.  "How much is this?" she inquired.  "I'm sorry," I said.  "I don't know."  "Don't you work here?" she asked.  Well, actually, no.  Did my little name tag saying children's author and presenter not let her know who I was?  Did the sign saying "Author Signing" not clue her in?  You will be happy to know that I was able to point many visitors to the rest room that day.
Future Submissions:  After I got my first contract I was filled with confidence.  I was going to be a published writer!  I had written something that someone valued!  Well!  I was full of ideas.  I had plenty more where Mack came from.  I wrote and wrote and wrote.  And I waited for the next call with an offer.  Surely it would come soon!  Except you know what?  It didn't.  Turns out being published once is no guarantee of future publishing contracts.  I'm sure you all know this, but it came as a surprise to me.  At this point I have sold 9 books in the US and 1 in the Netherlands over the course of 10 years, which works out to about one a year, although that's not how it actually happened (I had 3 in one year once.) 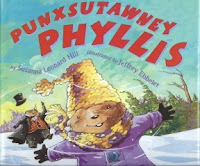 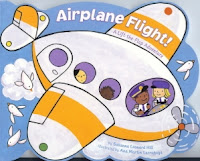 I am thrilled beyond measure to be able to say this.  Proud of my accomplishments.  But confident?  Not so much.  Published or not published, writers (and this is probably true of all creatives) are subject to discouragement, self-doubt, worry that they'll never have another good idea, or that they'll never publish a book (or another book).  Getting published doesn't make those things disappear.  In fact, sometimes, it makes them worse because you think, I did it before, why can't I do it now?  On the other hand, getting published really is magic.  It's a dream come true.  And I wish it for everyone reading this.  There is nothing, and I mean nothing, that compares to that phone call telling you an editor loves your story and is making you an offer to publish it :)  It won't make the writing easier.  It won't change who you are.  But it will certainly make you feel, at least for a while :) that all the hard work is worth it.
Thank you so much for inviting me to be part of the inaugural Banana Peel Thursday! 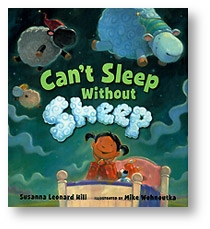 Susanna Leonard Hill is the author of  The House That Mack Built (Little Simon 2002), Taxi! (Little Simon 2005), Punxsutawney Phyllis (Holiday House 2005), No Sword Fighting In The House (Holiday House 2007), Not Yet, Rose (Eerdmans Books For Young Readers 2009), Airplane Flight (Little Simon 2009), Freight Train Trip (Little Simon 2009), Can't Sleep Without Sheep (Walker 2010), April Fool, Phyllis! (Holiday House 2011), and Beer Is Zo Moe (Veltman Uitgevers, 2010)  For general interest, Phyllis was translated into French for Scholastic Canada and published as Debout Marmotte.  Airplane and Freight Train are available in Japanese (I'm not even going to try to write the titles :))  Not Yet, Rose is available in Dutch as Een broertje of een zusje, Roos?  And Can't Sleep is supposed to be coming out in Korean one of these days...


Please support Susanna by checking out her delightful books!
If you would like more information on Susanna and her work or should you wish to contact her, you can visit the following sites:


Thanks so much for visiting and a special thank you to Susanna for putting yourself out there and for even considering opening my email regarding this project! =)
Posted by Elizabeth Stevens Omlor at 12:00 AM